Now I can say that I have achieved my goal, I am provided for and can give my children and my wife a good, happy life.
View →
Marriage announcement

I would like to meet a decent woman on this site who appreciates the work of her husband, has a desire to work together in business and just live well.
View →
New profiles the site. In order to get here, upload your photo

Greetings :-) Now I am in Lviv, a Lviv woman myself, there is an opportunity both to live in Austria and in Lviv, or in another city of Ukraine or abroad. I will meet a good man, the place of residence and financial situation do not matter, I...
Read more→

To get here, send an application to the Administration
CONGRATULATIONS ON MARRIAGE
Oleg from Lvov (Ukraine) and Arina from Winterthur (Switzerland) !!!
We sincerely wish you all the best of that fulfillment of your desires in family life! 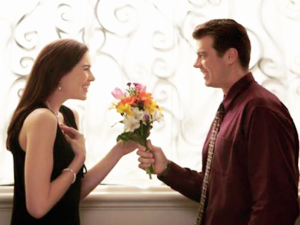 If you would like to share their life experiences with other people who just like you ever come to this website to meet with your significant other. Or express their views on dating on the site www.12dz.com

We thank you for Your reviews. We perfect for you!

All your comments, suggestions and questions write on e-mail: info@12dz.com

We remind you! All your comments are published under the rules, of the site namely reviews offensive character and using the profanity, reviews and advertising character - not published !.

Your Advertising may be here
➥ Get here!